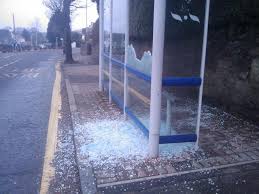 Have you ever smashed a piece of crockery or something similar out of anger or frustration? (I know I have.) If so, you were using what psychologists term an externalizing behaviour.

In this article, however, I will concentrate on externalizing behaviours that young children and/or adolescents may display; these include:

– running away from home

Research (e.g. Farrington) shows that those young people who have a high level of externalizing behaviours are at elevated risk of becoming adult criminals. They are also more likely to suffer from alcohol/drug abuse as adults.

Those children who are prone to fits of rage, tantrums and are extremely and intensely argumentative are more likely to experience anxiety disorders as adults.

The more externalizing behaviours the young person uses, and the more severe these are, the greater the risk is that the child will suffer from mental illness during adulthood.

During their childhood, children who use a high level of externalizing behaviours are more likely to be ostracized by their contemporaries, fail to reach their potential in their school studies, partake in risky/unprotected sex and have alcohol and drug problems during their teenage years.

What Are The Causes Of Externalizing Behaviours?

There are several risk factors that, if exposed to, make it more likely that a young person will start using the kind of externalizing behaviours that I have listed above; the main ones are as follows:

– having parents who have little time for their children and show little interest in them (Shaw et al.)

– a child who resulted from a teenage pregnancy

A Closer Look At Hyperactivity :

It is useful to take a closer look at this childhood disorder/externalizing behaviour as about one in twenty children in the U.S. have been diagnosed as suffering from it.

There are three categories of ADHD (Attention Deficit Hyperactivity Disorder) :

Research conducted by Lillienfeld (1989) found that those children suffering from ADHD were more likely to develop into criminal adults than non-ADHD children.

Furthermore, Lynam’s (1988) research suggested that those suffering from both conduct Disorder and ADHD were at increased risk of eventually developing into adult psychopaths.