One of the major negative outcomes for those of us who have experienced significant childhood trauma is that, as adults, we are frequently hypersensitive to the effects of stress (this is now thought to be, in large part, often due to the actual physical development of our brains having been adversely affected by our painful childhood experiences – CLICK HERE to read my article about this).

This can cause periods, sometimes very protracted periods, of almost unbearable anxiety – I myself suffered this over a period of many years, so I know how desperate a person can become in such a situation : prepared to do just about anything for some relief, however temporary.

Unfortunately, in my own case, I often resorted to large amounts of alcohol which, inevitably, often led to unedifying behaviour and served only to compound the problem in the long-term (and, come to think of it, more often than not, in the short-term, too).

It is not at all uncommon, therefore, for us to frantically search for a remedy, leaving no stone unturned.

It follows, then, that many of us will seek out complimentary therapies, particularly if our condition has so far proved resistant to conventional, orthodox therapeutic interventions. I therefore thought it might be helpful if I devoted this article to :

2) looking at the evidence, or lack thereof, for the efficacy of each of these treatments :

1) The main complimentary therapies that are available for the treatment of the effects of stress :

a) ACUPUNCTURE : an ancient Chinese therapy that involves the therapist inserting needles at certain specific points on the body (known to those who practice acupuncture ‘meridians’). It is claimed by its practitioners that it alters the body’s ‘energy flow’ in beneficial ways.

b) ALEXANDER TECHNIQUE : this therapy involves training people to move and use their bodies in more ‘natural’ ways with the aim, amongst others, of enhancing the ability to relax

c) AROMATHERAPY : scented oils are massaged onto the body or inhaled, with the aim of improving mood

d) AUTOGENIC TRAINING : this is self-hypnosis that concentrates on giving people more control over their bodies and involves specific training exercises with a view to improve breathing (eg to control hyperventilation), blood flow and muscular tension.

e) BIOFEEDBACK : bodily processes such as blood pressure and heart rate are monitored and electronically fed back to the person, by lights or sounds. The aim is to train the individual to become more aware of his/her typical physiological responses to events and thereby improve the ability to control them

f) MEDITATION : there are many different types, but all revolve around the mental acts of concentration and contemplation with such aims as reducing heart rate, controlling breathing and reducing tension. The increasingly popular form of therapy known as ‘MINDFULNESS’, used in group therapy in many psychiatric hospitals, is based on meditation techniques. CLICK HERE to read one of my articles on mindfulness.

g) YOGA : the individual is given exercises focusing upon body posture – it is claimed by its practitioners to have physical and ‘spiritual’ benefits.

2) What is the evidence for the effectiveness of each of these treatments? :

a) ACUPUNCTURE : Practitioners claim it is beneficial for treating many conditions. However, scientific evidence for its success is, at the very best, weak and, in relation to most conditions, completely absent. As with any treatment, there is, of course, likely to be some placebo effect at work when people respond to it positively.

c) AROMATHERAPY : Claims made in favour of the efficacy of aromatherapy are scientifically unsubstantiated. When it is used to treat anxiety, some placebo effect is likely to sometimes occur, however.

d) AUTOGENIC THERAPY : Studies conducted at the University of Exeter, UK have produced evidence suggesting that this form of therapy is useful to reduce the effects of stress, improve sleeping problems, and increase positive emotions and personal sense of control.

e) BIOFEEDBACK : Research has now found that many conditions that used to be thought to be improved by the use of biofeedback, are, in fact, not.

However, the research DOES suggest it is useful in helping people to reduce their levels of anxiety.

f) MEDITATION : A study carried out in 2007, which has been confirmed by the NHS in the UK as being scientifically valid, found that just a short course in meditation could reduce anxiety, lower levels of cortisol (a stress hormone), improve symptoms of depression, reduce feelings of anger, and improve symptoms of fatigue.

Solid scientific evidence for the effectiveness of meditation has steadily grown since, and is likely to continue to do so.

g) YOGA : There is some evidence that yoga may improve symptoms of depression and stress, and, also, help to control high blood pressure and heart disease (both of which conditions may be linked to the effects of stress). However, in general, studies on the value of yoga have been of variable scientific validity. 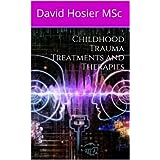