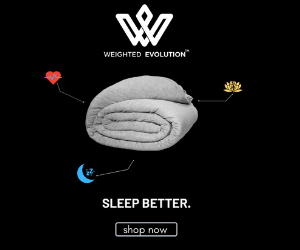 In this article, I will look at how body language is relevant to the topic of childhood trauma in two particular ways :

The majority of communication between human beings occurs not through language and the words people use but, instead, via NON-VERBAL / BODY LANGUAGE. This includes :

In other words, when someone speaks to us, we interpret the information that they are conveying to us not just upon the meaning of the words they use, but also with recourse (both consciously and unconsciously) to the non-verbal / body language indicators and signals listed above.

Another way to explain this is to say that the actual words used to represent the text, whereas the non-verbal / body language represents the sub-text (which is often a much more profound level of communication through which the speaker may – often inadvertently – reveal his / her true feelings).

For example, when I was a child, my father generally spoke to me in a formal, polite, superficial way which barely concealed his deeper feelings towards me of disdain, disapproval and irritation; indeed, on some occasions, he almost seemed to ooze disgust merely as a result of having the misfortune to be in the same room as me.

Such a scenario can, of course, be extremely confusing and upsetting for the child. If, for example, the child is very sensitive and detects such inconsistencies between the parent’s words and his / her (i.e. the parent’s) non-verbal / body language and draws attention to the discrepancy, the parent may well (even more confusingly, perhaps, in an angry and irritated tone) deny that any such contradiction between the ‘text’ and the ‘sub-text’ exists.

This, in turn, can place the child in a no-win situation regarding his / her (i.e. the child’s) interactions with his / her parent because :

Indeed, if this form of dysfunctional communication becomes chronic so that the child grows up receiving mixed messages, this can result in him/her being perpetually trapped in a ‘DOUBLE-BIND‘, leaving him/her in a state whereby s/he starts to question his / her very sense of reality.

Some theorists are of the view that such upbringings significantly increase the child’s risk of developing schizophrenia in later life. (It is particularly confusing for the child if s/he only perceives the parent’s negative ‘sub-texts’ on an unconscious level, as this will lead him/her to distrust and resent the parent / primary carer without being aware as to why this is).

2) How childhood experiences can negatively impact upon the child’s body language :

A child who is brought up in a dysfunctional way by his / her parents can be affected on a physiological level, and this may manifest itself in the child’s habitual body language.

For example, a child who is made to feel by his/her parents that s/he is never good enough is a disappointment and continually falls short of their expectations may develop a mindset whereby s/he feels compelled continuously to strive to live up to his/her parents’ exacting, always out of reach, standards, and this mental attitude may then give rise to a permanent type of body language, affecting movement and posture, which reflects a deeply pervasive muscular tension; this is sometimes referred to as the ‘BRACE RESPONSE’ essential features of which include tightened and tensed up muscles in the neck, shoulders, face and jaw.

Likewise, a child who is constantly undermined by his/her parents and made to feel inadequate and lacking in confidence may develop a habitual type of body language that belies inner feelings of hopelessness and powerlessness. This is sometimes referred to as the ‘COLLAPSE RESPONSE,’ the hallmarks of which include rounded shoulders, sighing, looking down at the floor and failing to meet the eyes of others and retracted chest.

Children who have grown up in a threatening environment may develop ‘defensive’ body language, sometimes referred to as the ‘ARMOUR RESPONSE’ ; such individuals may be unconsciously driven to become obese as a form of self-protection or they may become obsessed with body-building.

Children with rapid, shallow breathing and who are prone to hyperventilating  (caused by chronic feelings of panic, anxiety and vulnerability) may develop body language that is sometimes referred to as the ‘STARTLE RESPONSE,’ signs of which include a slight frame, quick, darting movements and a wide-eyed expression.

Such body language, as described in the examples above, and reflected in the child’s habitual postural and movement patterns can reinforce the child’s negative self-perception, making it more likely that his/her dysfunctional beliefs relating to the self will become a self-fulfilling prophecy. This is because just as how we feel about ourselves affects our body language (i.e. how we move, our posture etc.) so, too, does our body language affect how we feel, and what we believe, about ourselves – in short, it is a two-way street.

It is now increasingly recognised that one vital route to treating the effects of trauma is through therapies which focus on the body; such treatments are known as SOMATIC PSYCHOTHERAPY.

Concerning this, recent research conducted by Cuddy et al. has shown that certain ‘power poses’ (e.g. standing with hands-on-hips or sitting down while leaning back in the chair with outstretched arms) have a significant, positive effect upon the body’s regulation of stress hormones. The same research also showed that sitting in a cramped body posture (i.e. hunched up with arms and legs crossed) had the reverse effect.

Many suffering from the adverse effects of trauma also responds well to yoga.

YOU MAY ALSO WISH TO READ MY RELATED ARTICLE: WHY COMPLEX PTSD SUFFERERS MAY AVOID EYE CONTACT.