We have seen that childhood trauma can lead to very serious mental health problems, but what is the overall state of children”s mental health today? Below, I provide an overview:

– In the United Kingdom, the British Medical Association suggests that approximately 1 in 5 children will be suffering from a mental health condition in any given year

About 5℅ of children in the UK suffer from a conduct disorder, whilst about 3℅ suffer from an emotional disorder

–  According to the American Psychological Association, 1 in 5 teens suffers from a mental health condition

– The World Health Organization (WHO) predicts that by 2020 children’s mental health conditions will be up by 50% more than other conditions affecting their health and will be in the top five causes of childhood disability and death. 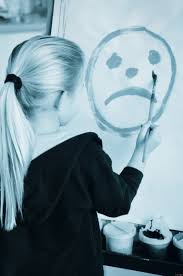 Approximately one in ten children in the U.S. are thought to suffer from this disorder

This condition affects children’s ability to relate to the world and to communicate with others. It can range in severity from High Functioning Asperger’s Syndrome at one end of the scale to profound autism at the most serious end of the spectrum (or anything between these two extremes, hence the term spectrum disorder).

Those with High Functioning Asperger’s may excel academically but have very poor social skills / low understanding of social ‘rules’ and how to interact socially.

One likely reason for this dramatic increase is due to the fact that the medical profession has improved its ability to diagnose the disorder.

However, it has also been argued that children’s behavior is being over and inappropriately pathologized, especially given the fact that the number of children being diagnosed with an ASD is increasing at a rate of about 25% per year.

Effects Of Parental Divorce And Unemployment On Childhood Mental Health:

16℅ of children in lone patent families suffer from a mental health condition.

8℅ of children who live with 2 parents suffer from a mental health condition.

8% of children who live in a family in which both parents work suffer from a mental health problem.

10.2℅ of boys have a mental health condition.

5.1℅ of girls have a mental health condition

12.6℅ of boys have a mental health condition

10.3℅ of girls have a mental health condition. 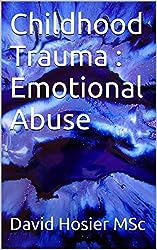