BELOW: 8 POTENTIAL EFFECTS OF BEING RAISED BY AN UNLOVING MOTHER (3-minute video summary of article).

The infant’s/child’s need for his/her mother’s dependable and unconditional love is an absolutely fundamental one.

These core beliefs become very deeply rooted, and, if one has become an adult who believes s/he is unloveable because of his/her dysfunctional relationship with his/her mother, this belief is very hard to change and, without effective therapy, tends to remain stable over time. This is because, when the one person, who is most expected to love one unconditionally, does not, the effect upon one’s psychological make-up is profound.

The effects on our adult personality of not having been raised by a dependably loving mother:

1) Hypersensitivity to criticism – this is due to the fact that (usually on an unconscious level) criticisms of us trigger the pain we felt due to our mother’s negative and critical view of us when we were young and extremely vulnerable.

3) Lack of confidence – being unloved by one’s mother can lead one to feel deeply inadequate and unworthy. For example, if we achieve success we are likely to feel undeserving of it or that the success was so easy to achieve anyone could have done it. If anyone admires us for our success, it is likely to make us feel uncomfortable and to believe that those admiring us will very soon realize that we do not deserve their admiration after all.

4) We may become ‘clingy’ and dependent – this is caused by believing (usually on an unconscious level) that we must desperately ‘cling’ to our relationships or we will be rejected like we were rejected by our mother. Unfortunately, this very ‘clinginess’ is counter-productive and increases, rather than decreases, the likelihood that we actually will be rejected. 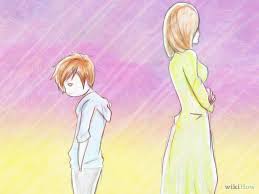 8) Problems with trust in relationships – if the mother’s love was inconsistent and unreliable the infant develops what is known as an ambivalent attachment to the mother; this carries over to the adult child’s way of relating to others, causing him/her to desperately want intimacy with others but to also be fearful of it (as it makes him/her vulnerable to the rejection s/he experienced from his/her mother).

And if the mother was consistently unloving, critical, and rejecting the infant will develop what is known as an avoidant style of interacting with his/her mother; this, too, is likely to carry over to the adult child’s way of relating to others (ie. consistently avoiding intimacy).

Five Reasons Mothers May Fail To Love Their Children:

Therapies that may be of help to those who feel they were unloved by their parents include EMDR, Inner Child Work, and Compassion-Focused Therapy.

Unloved As A Child? | Self Hypnosis Downloads. Click here.

Many other titles are available.