Signs an adult was abused as a child include the following :

2) UNSTABLE RELATIONSHIPS WITH OTHERS :

For example, an individual who has suffered significant and protracted childhood trauma may oscillate between idealizing others and demonizing them (as in so-called ‘love-hate’ relationships).

This may include anti-social behaviour leading to conflict with the law (especially in the case of males who were abused as children).

An individual who is ‘emotionally dysregulated’ has extreme emotions and difficulty controlling them.

An individual who is hypervigilant feels constantly under threat, vulnerability, unsafe, insecure and in danger, as if his/her nervous system were stuck on ‘red-alert.’ Individuals with a history of childhood maltreatment may fluctuate between states of hypervigilance and dissociation (see the first item on this list, above).

7) IRRATIONAL FEELINGS OF SHAME AND SELF-HATRED

8) ALCOHOLISM / DRUG ADDICTION:  Individuals who have experienced traumatic childhoods may become dependent on alcohol or drugs in an attempt to reduce emotional pain and suffering (this is linked to ‘dissociation’ – see the first item on this list, above).

As well as intrusive and disturbing memories of abuse, the survivor of childhood trauma may also suffer from more nebulous, but equally upsetting, feelings and emotions connected to the abuse (e.g. when lying in bed at night), together with nightmares,  night terrors and associated insomnia.

The number of parents who abuse their children is unknown as not all cases come to light.

However, it is known that most abuse occurs within the home by those who live with the child.

In 2012, 3785 adults were found guilty of child abuse or cautioned by police having admitted it.

These figures break down as follows :

– gross indecency with a child: 88

RELATIONSHIP OF ABUSER TO CHILD :

In relation to SEVERE PHYSICAL ABUSE – 73% of offenders were male (Redford et al, 2011)

In relation to NEGLECT – about 66% were female

In relation to EMOTIONAL ABUSE – numbers of male and female offenders were about equal (Sedlak et al, 2010)

In relation to SEXUAL ABUSE – 97% were male (Radford et al, 2011). However, it is also believed that more females who abuse in this way go UNDETECTED than their male counterparts.

In relation to SEXUAL ABUSE – under 18s are more likely to offend in this way than are adults. Of these U18’s who offend in this way a study by Radford et al. in 2007 found that 97% were boys and 60% of them were already known to the victim – indeed, 20% were family members.

A NOTE ON ‘SEXTING’: this has been defined by Ringrose et al. (2012) as the creating, sharing and/or forwarding of nude/nearly nude pictures of under 18s (by electronic means). Research suggests that between 15% and 40% of young people have been involved in this and that such activity is sometimes linked to bullying and harassment.

About 25% of abusers have a substance misuse problem.

About 66% of children who live in a family with an alcoholic member has suffered PHYSICAL ABUSE.

About 25% of children who live in such families have suffered SEXUAL ABUSE.

About 50% of children who live in such a family have suffered NEGLECT (for example, the parent is often EMOTIONALLY UNAVAILABLE when drunk or hung over)

It is also noteworthy that the child is at greater risk if it is the FATHER who is an alcoholic rather than the mother.

A study by Glaser and Prior, 1997, found that approx. 33% of those who had been abused had a parent with mental health problems

Abuse is more common in areas of low socioeconomic status. This is thought to be due to increased stress rates, lack of social support and, possibly, that there is more likely to exist a culture that is more accepting of physical punishment.

PARENTS WHO WERE THEMSELVES ABUSED AS CHILDREN :

It has been suggested that those who were abused as children are more likely to abuse themselves once they become parents as they FAILED TO LEARN GOOD PARENTING SKILLS AS CHILDREN due to the lack of an appropriate role model.

In relation to NEGLECT: those who had been neglected as children were found to be 2.6 times more likely to neglect their own children than those who had not.

THE SO-CALLED ‘VICTIM TO ABUSER CYCLE’ :

Irenyi et al, 2006, coined the phrase ‘victim to offender cycle’ which hypothesizes that victims of child abuse tend to go on to become the future perpetrators of such abuse. However, this idea is somewhat controversial as the evidence is conflicting.

However, some research suggests that those who sexually abuse children tend to :

– have a preference for the company of children

– have themselves been abused as children

– have problems relating to others

However, these findings come from a sample that cannot be considered representative as the sample obviously will not include individuals whose offences have not come to light.

Keeping this in mind, it has also been found:

52% of those who sexually abuse children are heavily reliant upon alcohol to reduce inhibition and cope with remorse/shame.

The researcher, Finkelhor (1984) suggested such offenders pass through 4 stages:

SEXUAL OFFENDERS UNDER THE AGE OF EIGHTEEN:

Such individuals are generally teenage boys. Research suggests that they tend to:

– have trouble controlling their own emotions

– be prone to social anxiety

– have been abused by others themselves (physically, emotionally or sexually)

(again, however, the sample from which these findings come are bound to be non-representative)

It is very unusual for girls under the age of 18 to sexually abuse other children but those who do tend to have been abused themselves in ways that are particularly serious. 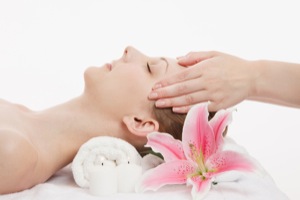