We have seen from other articles published on this site that severe and protracted childhood trauma, resulting in the child being frequently subjected to extreme stress, can damage the development of the part of the brain known as the amygdala, which is intimately involved in generating feelings of fear and anxiety.

Indeed, in individuals who have experienced such serious childhood trauma that they have gone on to develop complex posttraumatic stress disorder (complex PTSD), the amygdala has been found to be overactive; this can result in the affected person feeling constantly ‘on edge. hypervigilant, fearful, and, as it were, stuck on ‘red-alert / in a state of ‘fight or flight,’ with accompanying unpleasant bodily sensations such as a racing heart, rapid and shallow breathing (sometimes referred to as ‘hyperventilation‘), tense muscles, an unsettled stomach, and nausea. Indeed, it is these very bodily symptoms that feedback to the brain leading to the perception of being afraid.

ANXIETY, DEPRESSION AND THE AMYGDALA :

An overactive amygdala is not only associated with complex PTSD; it has also been found to be associated with depressive and (as one, of course, would expect) anxiety disorders (e.g. Dannlowski et al., 2007). 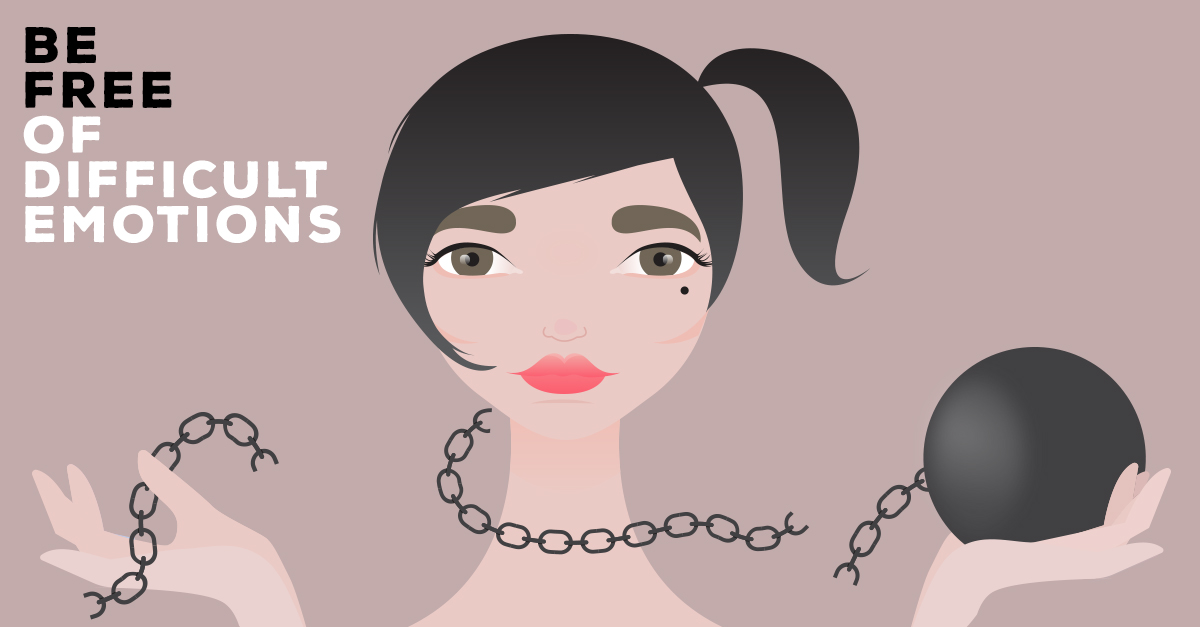 THE PREFRONTAL CORTEX AND CALMING THE AMYGDALA :

Fortunately, another part of the brain, known as the prefrontal cortex (which is involved in planning complex cognitive behavior, rational, logical, and abstract thought, speech, decision making, a reappraisal of situations, active generative visualization, and moderating social behavior) can be harnessed to inhibit the overactivity of the amygdala, thus calming it to allow symptoms of anxiety to dissipate and dissolve away.

If we suffer from PTSD or complex PTSD we are prone to experience extreme fear and anxiety when it is not, objectively speaking, warranted. And, when we become fearful we can become locked into the fight/flight state, causing our body’s oxygen to be diverted to our muscles (particularly in our arms and legs) so that we may fight or flee more effectively. However, this reduces the amount of oxygen available to the prefrontal cortex which, in turn, means that we are limited in our ability to think rationally so that we are unable to reassure ourselves that the danger we perceive is not objectively justified, and, therefore, we are also unable to inhibit our amygdala’s overactivity.

In this fearful state, we need to control our breathing so that sufficient oxygen can reach the prefrontal cortex to allow it to function optimally; we can achieve this by breathing in a relaxed and slow manner, and, when exhaling, breath out slowly from the stomach so that the diaphragm moves upwards to increase the pressure on the lungs and heart to expel air. This type of breathing beneficially affects the part of the brain stem known as the medulla which, in turn, sends signals along the vagus nerve, leading to increased activity of the parasympathetic nervous system and decreased activity of the sympathetic nervous system: in combination, this produces feelings of relaxation and ameliorates feelings of stress and anxiety.

To calm the amygdala further, we can also take advantage of the prefrontal cortex’s ability to visualize (see above) and undertake sessions of relaxing, guided imagery either with a therapist or using self-hypnosis.