Depersonalization: How Trauma Can Leave Us Feeling ‘Unreal.’ 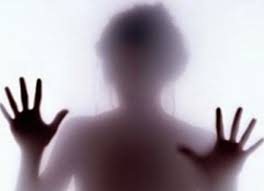 One of the (myriad) symptoms of my illness can, perhaps, be best conveyed by the following example: I would look at a beautiful view, such as the sun setting on the horizon of the sea near where I live, but feel nothing. Whilst most people would feel their spirits lifted, glad to be alive, even joyful, I would just experience an emotional deadness and sense of emptiness. In fact, if anything, I would feel even worse than normal – as my inability to feel anything positive would remind me of how utterly devoid of meaning or anything vaguely approaching fulfilment my life had become.

In such situations, I would sometimes try to will myself to feel at least a flicker of positive emotion, but it was impossible. It was as if the part of my brain which experiences pleasure had been excised from it by a malevolent and demonic neuro-surgeon.

Similarly, I always preferred rainy days to sunny ones because at least on rainy days there is not so much pressure on one to feel and behave cheerfully.

In short, I was suffering from a condition known as depersonalization.

It involves one’s sense of self becoming greatly diminished so that the concept of one’s individuality can be lost, leaving a feeling of uncertainty regarding who one actually is.

It also involves a sense of derealization. The world itself feels unreal, purposeless and meaningless. Many sufferers say it is like being in a constant dream state. In my own case, I felt that I was looking at the world through a metre thick, grey tinted, opaque glass. I was outside of things. Disconnected.

Sufferers, too, often describe feeling like an automaton or robot, simply going through the motions in life, but utterly unable to engage with the world emotionally.  Life seems pointless and absurd. The sufferer feels detached from the immediacy of the day-to-day world.

Often, too, as can be inferred from the above, people with the condition feel a profound sense of existential crisis, preoccupied with the meaning (or lack thereof) of existence. They are tormentingly aware of their condition and of the paucity of their experience of the world.

If early childhood, for some, is a magical and joyful time, this condition is its antithesis. One is cast out of Eden to inhabit, if not physical Hell, its psychological equivalent.

Other symptoms include feeling separate from one’s body. Some, too, report that everyday objects can start to seem strange, alien and ethereal.

Meeting people who used to lift our spirits now leave us feeling cold. Even people we considered ourselves to have loved. They can now bring no joy. No comfort. No consolation. It is too late.

Sufferers may be able to laugh and cry, but do not feel the emotions that normally accompany these acts. The world seems flat and two dimensional as if experienced through a cold and dispiriting fog. One is numb, the emotions shut down. Some report feeling like a zombie – the living dead. Many feel they are going insane.

Causes of the condition are not fully understood, but often it follows severe trauma and protracted exposure to intense stress. As such, it can be seen as the mind detaching itself from reality when the reality can no longer be endured. However, the price of this protective mechanism is a heavy one indeed.

Do You Have Depersonalization Disorder? The Symptoms.