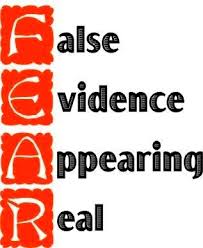 We have seen from other articles I have published on this site that psychological experiences, especially when young, can actually alter the physical structure of the brain, as well as its neural connection (i.e. how the brain cells are interlinked) – this is because of a quality of the brain that psychologists call neuroplasticity (click here to read one of my articles about this phenomenon).

These physical changes in the brain, caused by psychological experience, can profoundly alter how the brain functions and also, therefore, how we think, feel and behave.

If, as a child, we suffered trauma and abuse as we were growing up, particularly in our earliest years, and, because of this, lived in a state of perpetual fear, the brain will have become shaped into constantly being on ‘red-alert’, trapping us into continually feeling fearful and hyper-sensitive in relation to threat, whether this threat be real or imagined. Indeed, if we have been conditioned in this manner by our childhood experiences, we are likely to be prone to imagining threats as well as being likely to severely over-react to mild ones ( e.g. we may be easily angered and more likely than the average person to become violent, rather like, to use a most unoriginal, but, I think, not an inappropriate simile, a provoked and cornered animal).

Living in constant fear is psychologically extremely painful and distressing, as I know from my own experiences. Indeed, this pain can become so intolerable that, in the absence of therapy, the individual may be driven to attempt to self-medicate with alcohol or street drugs – this is known as dissociation, and there are many other forms of it, such as compulsive gambling and sex addiction. Whilst not recommended, such behaviour is understandable when the alternative is to live in an agony of agitation, even terror, as if one were, imminently, going to become intimately acquainted with the world’s worst horrors.

Trauma and abuse, resulting in the child feeling unsafe in early life, can, potentially, have such a profound effect because it this stage of incipient development the brain is highly malleable (i.e. easily shaped by environmental experience). As well as the possible adverse effects already described, when such a traumatised child becomes an adult s/he may also find:

– difficulties with connecting with others on an emotional level/problems forming and maintaining close relationships – an inability to feel pleasure (also known as anhedonia). –

This is because, in effect, the parts of the brain responsible for forming healthy relationships and for feeling pleasure have not been, as it were, sufficiently exercised during childhood; on the other hand, the parts of the brain (especially the amygdala) that give rise to feelings of fear have been over-exercised and are, therefore, overactive.

Children’s brains are much more vulnerable to the effects of stress and trauma than are the brains of adults (assuming the adults in question did not experience significant trauma growing up) because, by the time one’s an adult (to repeat, who has not had a traumatic childhood), the brain has had time to build up some resilience; however, in the case of the child, opportunities to develop such resilience have not, sadly, presented themselves.

Excitingly, too, recent research has suggested (and this may surprise some) that yoga can actually help sufferers of the kind of difficulties described above more effectively than medication.

There is also strong evidence showing that the practice of ‘mindfulness’ can be very effective.

According to Mobbs, the brain consists of two areas involved in how we experience fear as shown below :

It is becoming increasingly recognized that overactivity in the brain’s fear circuitry may be of fundamental relevance to not only complex-PTSD and PTSD, but to many other psychiatric disorders as well and it clearly follows, therefore, that damping down the over-intensity of neuronal firing in this part of the brain may be key to effective therapy for the treatment of a whole array mental health issues. In relation to this, there is mounting excitement about how NEUROFEEDBACK can benefit many individuals who suffer from acute psychological distress.

And the reverse is also true, so :

Relevance To Those Who Have Suffered Childhood Trauma :

As we have seen from many other articles that I have already published on this site, if we have suffered severe and protracted childhood trauma we are at increased risk of developing various disorders as adults (such as complex PTSD and borderline personality disorder) which are underpinned by having oversensitive and overactive fear-response circuitry and, correspondingly, underactive cognitive-response circuitry.

Neurofeedback is biofeedback for the brain and neuro-counsellors can provide their patients with such feedback simply by using special, computer software.

The neurofeedback the patients receive allows them to become aware of their brain function frequencies and how these relate to different emotional states.

How Does Neurofeedback Help Adults Suffering From The Effects Of Childhood Trauma?

Armed with this information, and by continuing to learn from the neurofeedback their brains provide them with (via the software mentioned above), the patients can then, gradually, be trained to exercise control over their brain wave activity (for example, by soothing it with visualization techniques, breathing exercises or calming thoughts etc.). With enough training, the patients’ dysregulated brains can be helped to heal and to become less fear-driven.

According to Buzsaki, Professor of Neuroscience at Rutgers University, Zen meditation needs to be undertaken for years until the person practising it is able to slow the frequency of the brain’s alpha waves and to spread the alpha oscillations more forward to the front of the brain; slowing these brain waves have many beneficial effects including :

However, Buzaki states that (as alluded to above) whilst it takes years of Zen meditation to optimally alter alpha wave brain activity, the same results can be obtained after a mere week’s training with neurofeedback.

N.B. Neurofeedback should only be carried out under the supervision of an appropriately qualified and experienced person.